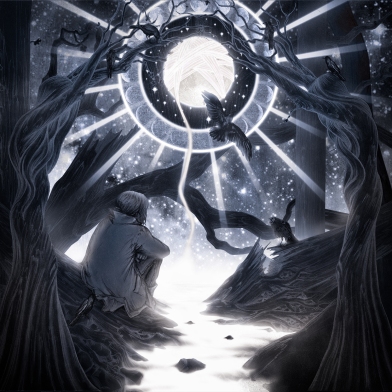 I was pleased to be invited to preview the upcoming album from Gallowbird, The Driftless Adrift, slated for release on January 2nd, 2014. This self-proclaimed North Country drifter is building his following from the ground up, and he has the talent and drive to do it successfully. His online presence is rather enigmatic, with his website, twitter feed, and Soundcloud profile leaving much to our collective imagination, but the music is there, and it’s real. Check out his site at gallowbird.com, where you can have a listen.

Update: Gallowbird’s album, The Driftless Adrift, is now available for download through CD Baby. If you’re looking for hard copy, you can find it here in Seattle at any Silver Platters. Start the new year right, and get some good vibes going.

This grass-roots campaign is inspiring, as is the music. Tracks on the January release are uplifting, dreamlike, and most importantly, filled with emotion and musicality. With a strong electric backing, his organs and guitars sing forth with an effervescent quality. His vocal styling is akin to a summer festival, filled with soul and youth, with the milky rasp of an artist’s never-ending work. Standout tracks include “Love Like a Storm,” featuring a gorgeous string section and bittersweet lyricism; “Slow November Snow,” which has the sort of eerie atmosphere familiar to a Northwestern resident; and “All the Ghosts,” a song that resonates with regret, and feels so much the heavier with its deep tone and harmonies.

Gallowbird has been featured in the Small Room Collective, where he contributed a special live recording of “Peroration for a Ghost Town,” the sales of which benefit the Pablove Foundation. His work is nostalgic and inspiring, his methods heartfelt and progressive. Gallowbird is poised to do amazing things with this album, particularly given his devotion to the craft, and grassroots methodology. I will be glad to push this album on my friends and office mates when it drops in January. Until then, keep listening, and give him a follow while you’re at it.